Dynamic leadership of United Nations peace operations is critical to success. This course is designed for those who may find themselves in leadership positions in UN peace operations or for those wishing to understand the issues associated with leading peacekeeping missions and peace operations. Applicable to civilian, military, and police appointments, this course covers issues for participants at the strategic, operational, and tactical levels. The course first considers the strategic and international issues that define UN peacekeeping and peacemaking, including the relationships that exist between the UN and its Member States and other organizations. Subsequent lessons consider how Member States and the wider international community support the UN in its authorization and deployment of peace operations. The course also looks at how field missions are structured and organized, and at the various issues associated with leadership within UN peace operations at the operational, national, and tactical levels, including security, force protection, and sustainment concerns.

COURSE AUTHOR: Major General Tim Ford is a retired soldier and peacekeeper who served in a wide variety of command, staff, and training appointments in Australia and overseas. He served in UN appointments as Head of Mission of the United Nations Truce Supervision Organization in the Middle East from 1998–2000 and as Military Adviser in the Department of Peacekeeping Operations at UN Headquarters in New York from 2000–2002. Since leaving the Defence Force, General Ford has continued to undertake significant overseas projects and reviews for the United Nations, the Australian Government, and other international organizations on international peace and security issues. He was a mentor for the UN Senior Mission Leadership courses from their inception in 2004 until 2011 and has written on leadership in peace operations in several forums. General Ford continues to be involved in the development of UN peace operations policy. 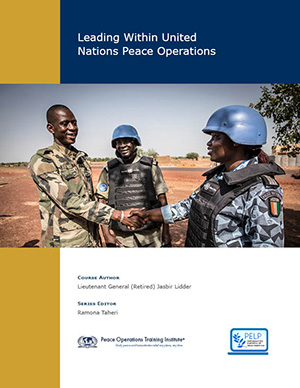 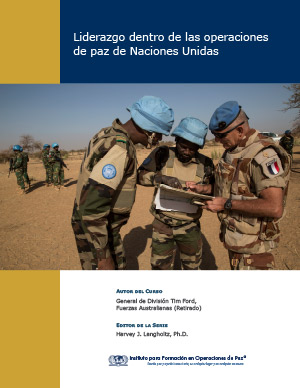 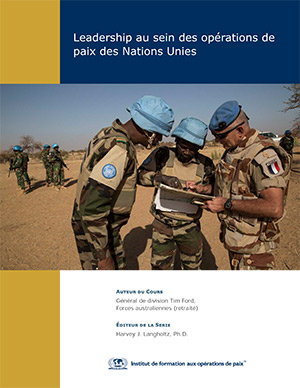 Sample pictures from the course:

Read what other students have said about the course after completing it...

"Any curses is that them"

"This course is very much help full me to get an idea about the Leading with UN peace operations."